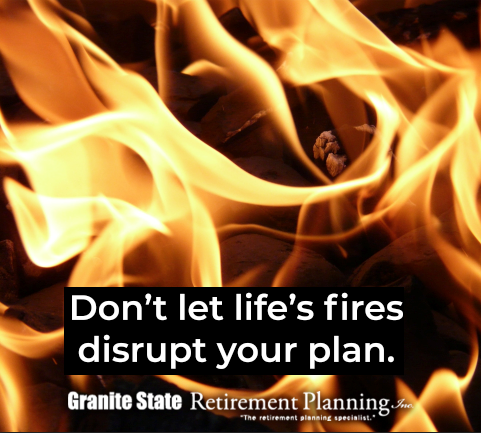 Tryon Palace was built in 1770 as the first permanent capital of the colony of North Carolina. Governor William Tryon brought John Hawks, an English architect, with him to design the palace like manor homes in London. Once completed, it was considered one of the finest buildings in America.

Sadly, in February of 1798, a fire began in the cellar, and quickly devastated the main building.

Then, about 130 years later, in the 1930s, volunteers stumbled upon the original blueprints for the mansion and decided to restore the palace.

Today, tour guides dressed in Revolutionary Era clothing give tours of Tyron Palace. Everything looks authentic due to the blueprints and John Hawks’ letters. These blueprints guided the restorers to know what to create.

Your retirement blueprint should operate in much the same way. You can build the retirement of your dreams using that blueprint. It should contain protection against life’s unexpected “fires.”

Using The Protected Retirement Process®, your children and grandchildren will have an exact set of plans for your unique legacy, built to the specifications that you define.