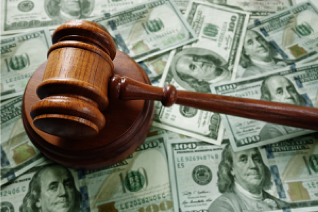 Don’t let this happen to you.

Did you see the movie, American Sniper, directed by film legend, Clint Eastwood?

The man was basically suggesting that a few more Navy SEALs should die.

Before that suit could be brought to trial, Kyle was murdered by a veteran he was trying to help. It’s a sad story.

But Ventura would not be deterred. He made Taya Kyle, the widow of Chris Kyle and executor of his estate, the new target of his lawsuit. He won, walking away with $1.8 million.

We live in an out-of-control, overly litigious society.

Unnecessary litigation poses a threat to your wealth and to your legacy.

Over 40,000 lawsuits are filed every day in the U.S. Attorneys target “deep pockets.”

You can protect yourself against frivolous lawsuits. Against aggressive attorneys bent on using the “system” to transfer your money into their pockets.

Find out today what you can do to insulate yourself and your money. Fill out the form and let’s get started.