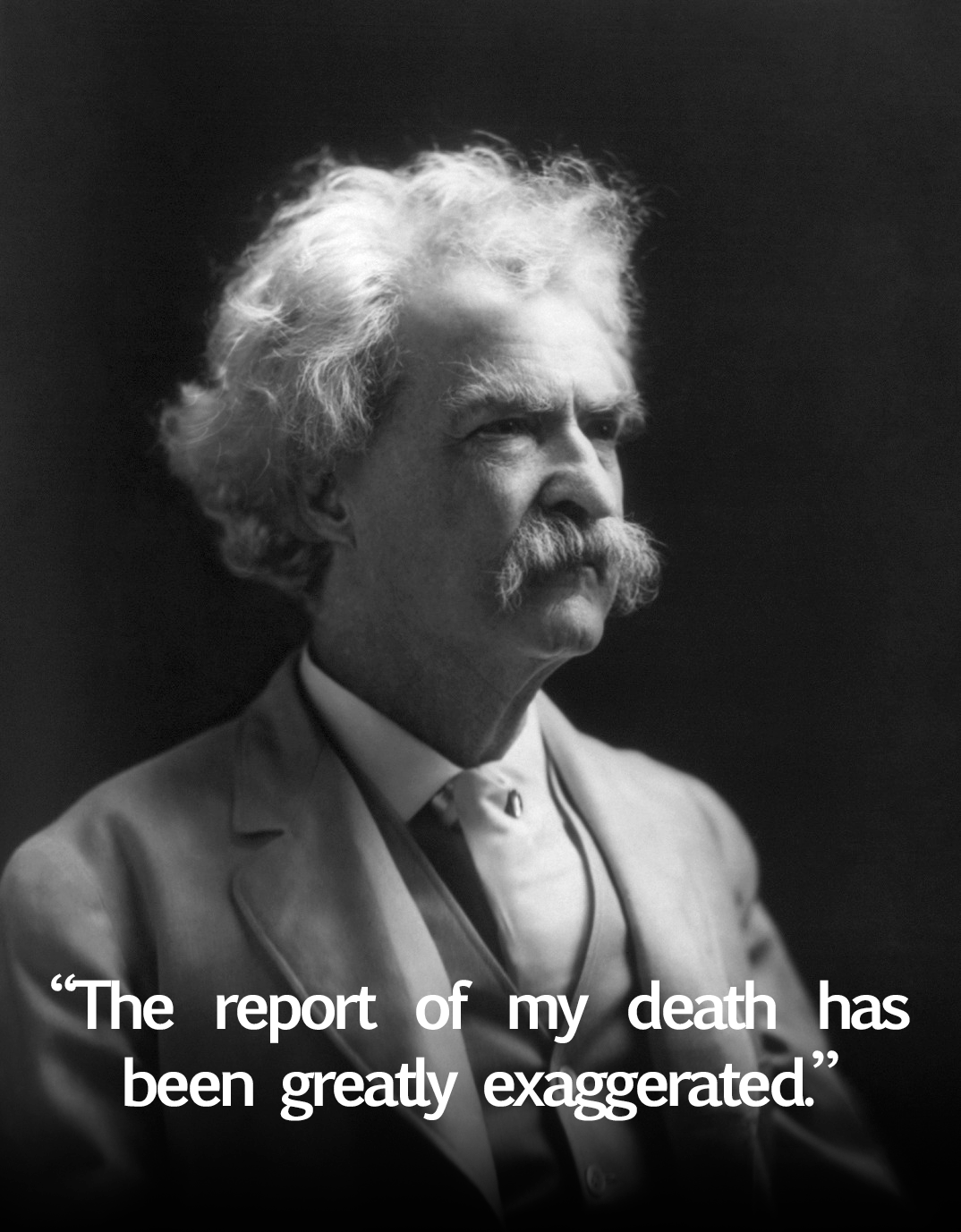 Imagine this happening to you:

You wake up and discover that you… are dead.

Well, not actually dead. Yet, your local newspaper reports your death and runs your obituary.

You are reading your own obituary, in the local news, and so is everyone else! Weird…

Surprisingly, this is not as rare as you may think!

When Mark’s Twain’s cousin died, a reporter thought it was actually the famed writer himself who has passed. In response, Mark Twain wrote that, “The report of my death has been greatly exaggerated.”

Another time, a famous baseball player, Bill Henry, read that he had died… and there was even a body to prove it! Turns out that a retired salesman had stolen Bill’s identity and convinced many people, even the salesman’s wife, that he was the retired baseball player!

This even happened to Nobel Peace Prize winner, Alfred Nobel!

His brother had recently passed away, and one publication was confused. They announced that the inventor of dynamite had died, saying that “The Merchant of Death Is Dead.”

He really hated that others would remember him that way.

He spent the rest of his life doing meaningful things that helped others. He established the Nobel Peace Prize to champion what he valued most while he was living… and after he was gone.

In effect, he rewrote his obituary – his legacy!

Have you thought about your legacy? How you want to be remembered?

Perhaps it’s time to revise or rewrite your obituary, and we can help.

We would love to send you a free guide to kick things off. Please sign up below 🙂