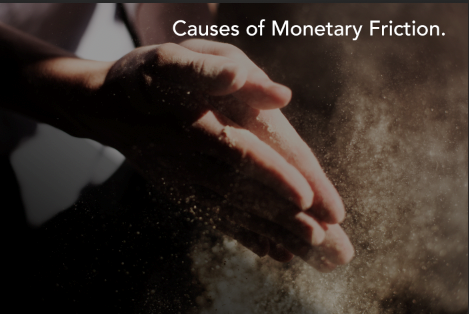 What happens when you rub your hands together? Heat, right?

The motion between your hands causes friction- the molecules in your skin begin to move faster. That causes heat, and makes your hands feel warmer.

Now apply this to other areas, such as engines and motors. In these machines,

friction heats things up, and “steals” energy! As the engine increases speed, friction between molecules grows. When the friction and resulting heat become too intense, engine performance will drop, machinery will not function well, and the whole thing may wear out prematurely.

Everyone has a “wealth engine”. It powers your lifestyle- now, throughout retirement, and your financial legacy after death.

Monetary friction steals dollars from your engine, causing your total capital to wear out sooner.

We’re guessing you, like most people, want to reduce that friction! No one wants to lose their hard-earned dollars, especially dollars that will support your retirement.

There are five major areas that cause friction in a wealth engine. We use the acronym TRICK to remember where monetary friction comes from:

Any combination of these could be a drag on your wealth engine!

We’re not just focused on removing friction. We want to actively tune your wealth engine for maximum efficiency. The longer you wait, the more you are likely to lose. If not this year, you’ll be one year older when you tune your engine.

We’re here to help! Get started with our free guide today by filling out the form below: