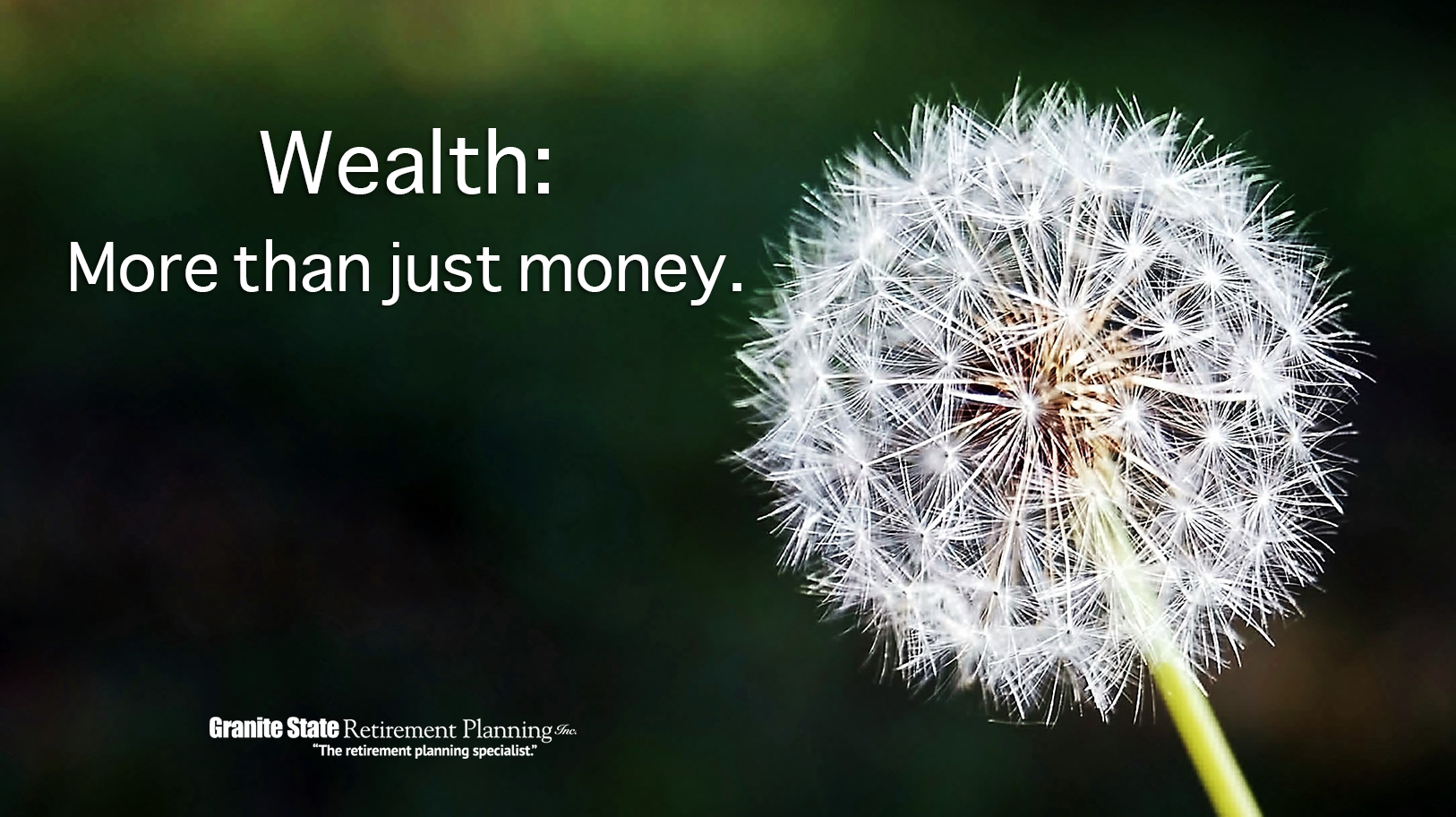 Hockey defenseman, Carl Gunnarsson renewed his contract with St. Louis. Remarkably, the contract was for less than they paid him in his previous contract.

He said he was “happy to be on a team that treats him well and where he feels he will do well for a long time to come.” He is happy to be invested in a team and its future, and they in him.

Yes, it was about salary, but it was also about how he felt and with whom he associated. It was about the culture of the organization.

Life is like that, isn’t it? So is wealth.

Wealth is more than just money.

Your wealth has three dimensions. A Financial Dimension, yes.

The Financial Dimension is the aspect most people think about first when the word wealth comes to mind.

And often the only aspect dealt with when it comes to planning their wealth. It’s not your fault.

It’s the industry’s fault. Traditional financial planning begins and ends in the Financial Dimension only.

What a shame. Ignoring the most important aspects of wealth.

Your wealth plan should include all three dimensions.

© 2019 Granite State Retirement Planning, Inc. All Rights Reserved.
Due to various state regulations and registration requirements concerning the dissemination of information regarding investment products and services, we are currently required to limit access of the following pages to individuals residing in states where we are currently registered.